2020.1.20
GGC RESEARCH OPEN SIMULATOR released.
2019.11.13
Check out the Gundam Channel for a promotional clip about the forthcoming making-of documentary series detailing the creation of the moving Gundam statue!
Watch video →

Take up the challenge of the ultimate dream and make the full-scale GUNDAM move.
We are looking for ideas from around the world.

The life-sized GUNDAM statue that appeared in 2009. The sight of the statue with its feet planted firmly on the ground captured the hearts of many people and represented the possibility of dreams coming true.
And now, GUNDAM, which marks its 40th anniversary in 2019, will move Japan, and move the world.

“Challenge the dream. GUNDAM will move. The world will move.”

Challenge the ultimate dream of moving an 18m tall life-sized GUNDAM!
To realize this grand dream, we have formed a project team, collecting a wide range of ideas and plans from all over the world, promoting a global project with Japan as the axis. By embracing open innovation, we have put together various opinions, wisdom and technologies into a single plan. From basic design to detailed design, repeated verification experiments, and finally to production…

In 2020, the dream will become reality.
The internationally-acclaimed power of creation, along with the strong passion of people across fields and generations, will make GUNDAM move.
The unprecedented, greatest ever entertainment in history will be realized in the form of GUNDAM.

"GGC members" who has been selected through a carefully selected screening among primary applications.

Takuji Nagai
Research and Development Workshop tn-works Representative
Born in 1979. From Sapporo City, Hokkaido.
Completed the Hokkaido University Graduate School of Engineering Master’s Program.
In 2014 in Sapporo City, he established “tn-works”, a production company with the aim of using the sensor, control as well as software technologies of the company for collaboration projects with different fields.
The company comes up with various kinds of new creations with “From Imagination to Creation” as its motto.
In addition, he participates in events that teach future generations (children) about the fun and difficulties of creating new things.

Development of operating system that aims for zero power supply

Takahiro Oi
From Tsukuba City, Ibaraki Prefecture. Graduated from Namiki Senior High School, Ibaraki Prefecture.
Having done debugging work at a game company and working as an IT instructor, he currently runs his own coffee shop, while also creating art websites and producing smartphone games. 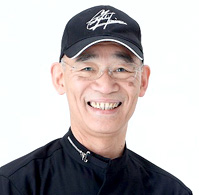 Year of Birth:
November 5th, 1941
Place of Birth:
Odawara, Kanagawa Prefecture, Japan
Education: Nihon University's College of Art
Career History:
At Mushi Productions, he scripted the storyboards and screenplay of the first Japanese anime TV series, Tetsuwan Atomu (also known as Astro Boy).
He has been well known for directing various anime series throughout his career: Triton of the Sea (1972) / Mobile Suit GUNDAM (1979) / Space Runaway IDEON (1980) / Overman King Gainer (2002).
He is also known as a songwriter, a novelist, and a college professor.
In 2009, he has won the award of an Honorific Leopard at the Locarno International Film Festival.
His latest work is GUNDAM Reconguista in G (October 2014 - March 2015). 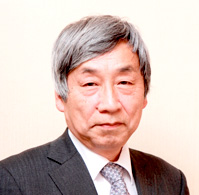 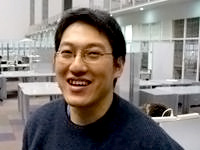 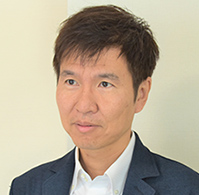 Experienced the GUNDAM plastic model boom when in elementary school, and dreamed of developing GUNDAM. Engaged in the research of the life-sized humanoid robot WABIAN when studying at Waseda University / Graduate School. Joined Hitachi Construction Machinery Co. Ltd.in 1999, and was engaged in the research and development of the robotizing of construction machines, including the twin-arm machine ASTACO and the four-legged crawler-type mobile mechanism.
Joined GGC as technical director since 2018(full-time). 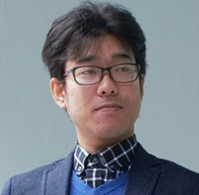 Developer of Robot Control System “V-Sido”. Conferred as “Super Creator” in 2009 by the Ministry of Economy, Trade and Industry, as a result of the “Exploratory IT Human Resources Project” conducted by IPA.
Involved in several robot control projects such as Suidobashi Heavy Industry’s KURATAS, and took part in the establishment of Asratec Corp. in 2013.
Appointed a committee member of the government’s council “Robot Revolutionary Achievement Conference” from 2014 to 2015. 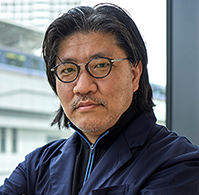 Mainly deals with creating spaces to attract customers, utilizing entertainment facilities and character contents. In charge of the total direction, from project planning to design and quality management, of content-based spaces that combine various direction methods such as video, modelling and lighting. 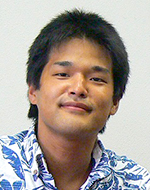 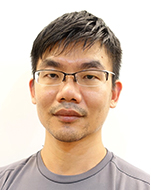 Ming-Hsun Chiang is an assistant professor, personal trainer, and maker. He has received his doctoral degree in Electronic Engineering from National Taiwan University.
During his doctoral program, Ming-Hsun Chiang spent many years in study of Human Anatomy, Sports Medicine, Biomechanics, etc., and put his insights into the field of Robotics. Then, He proposed a new type mechanism of humanoid robot and relevant process flow of gait that make the robot much easier to achieve human-like walking. This means less energy consumption during walking, and less swing motion to maintain balance.
Due to the demand for research, Ming-Hsun Chiang has also set up a workshop for machining during the doctoral program. He also uses this workshop to assist other organizations, like Industrial Technology Research Institute (ITRI), colleges, etc., to design and build a robot. 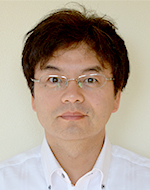 【Profile】
ROBOFUTURE Co., Ltd.
Born on 1967.
Graduated from Department of industrial mechanical engineering School of engineering Tokai University.
Make use of the experiences of designer in automobile company, running a design, production and selling of robots and machine equipment company at Fukuoka prefecture in Japan. 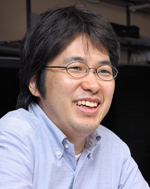